Times have not been easy for Russian banks in the last years, during which customer expectations have changed and posed massive challenges to the core business of financial institutions. This is even more true for the second-largest Russian bank, VTB, which has its roots in the Soviet era and not only faces new market circumstances but also has to fight with historical legacies such as inefficient processes.

”It is precisely because customers are becoming less attached to their bank, we understand the need to provide not only the best product, but also make our processes cheaper and faster”, says Tatiana Svidunovich, Head of the VTB Process Excellence Center. The first step to move to a process-owned organization and become more customer-focused was the creation of the Process Excellence Center in 2014. The department is highly visible within the bank and reports directly to the board. 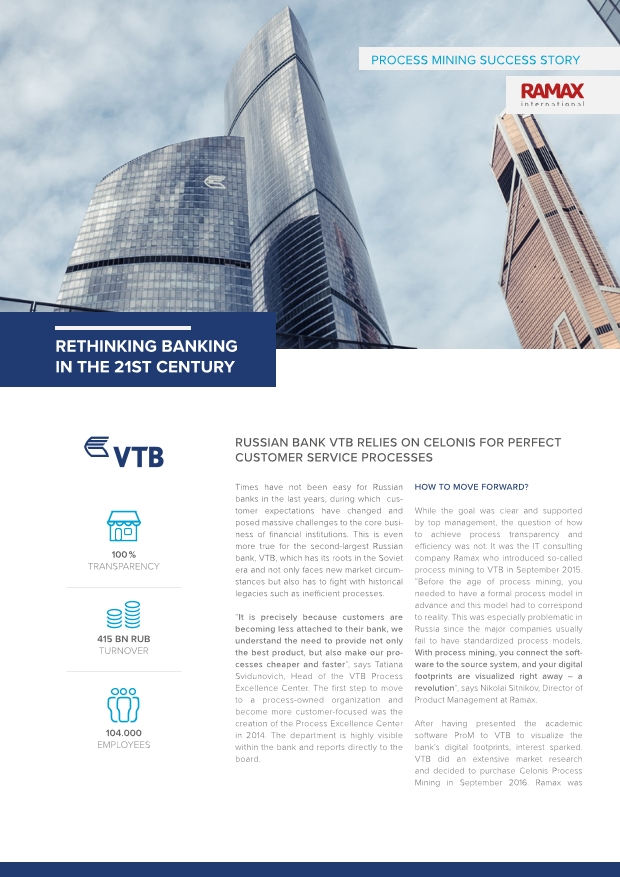 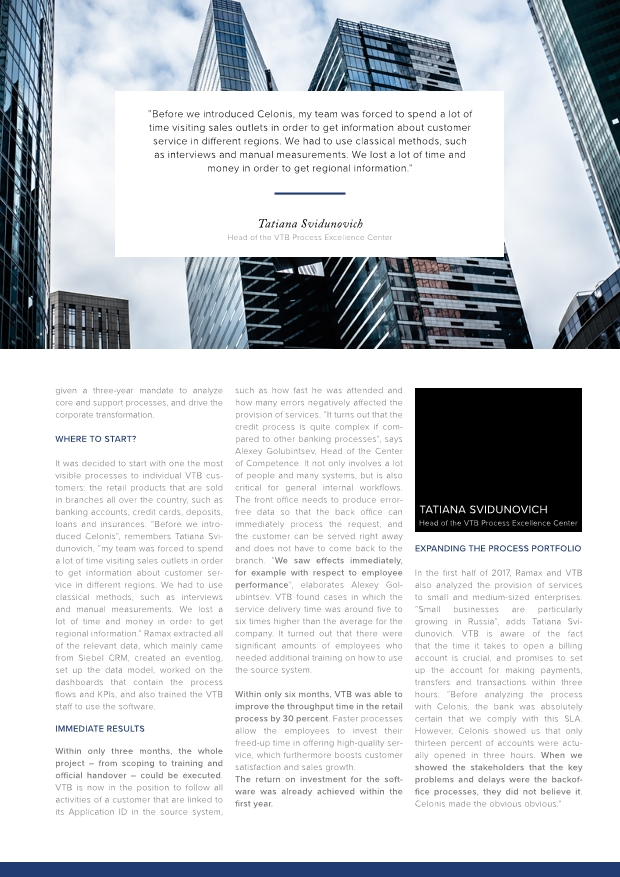