The Federative Republic of Brazil is the fifth largest country in the world in land area, sixth in population, with more than 200 million inhabitants, and one of the ten major world economies. Due to its legal nature, Brazil has several formal processes for the preparation of standards, away from the idea of the common law. Since the date of the promulgation of the Brazilian current Constitution, in 1988, until september 2016, have been edited more than 163.000 federal rules, including 99 constitutional amendments. This number becomes very significant when compared to other countries. The American Constitution, for example, has only 27 amendments in over 230 years of existence. All this legal framework governs the lives of millions of citizens, which makes relevant the task of diagnosing imperfections in the federal regulatory process, since small improvements can generate profound positive impact in the lives of the Brazilian people. According to Davi Lago, “the degree of delay in Brazilian public bureaucracy is simply absurd. In spite of its economic wealth, Brazil has pitiful administrative efficiency indices that deviate from the advanced nations". The purpose of the study, object of this article, was to identify gaps in regulatory processes proposed by the Federal Executive Branch, such as overlapping regulations in several layers, bottlenecks and rework. This challenge provided a unique opportunity for application of process mining, a methodology never used in the diagnosis of imperfections in the course of one of the main activities of the Federal Government: to legislate. 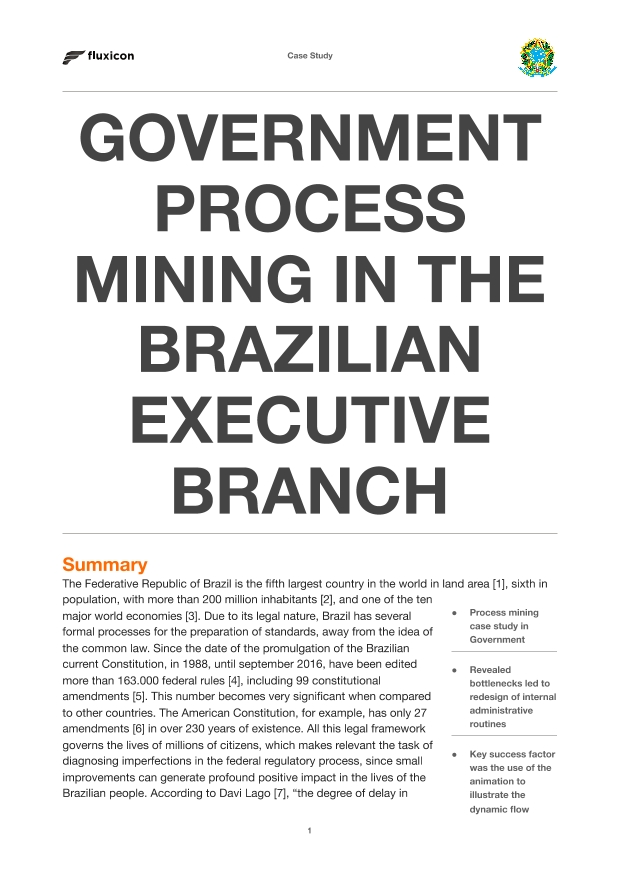 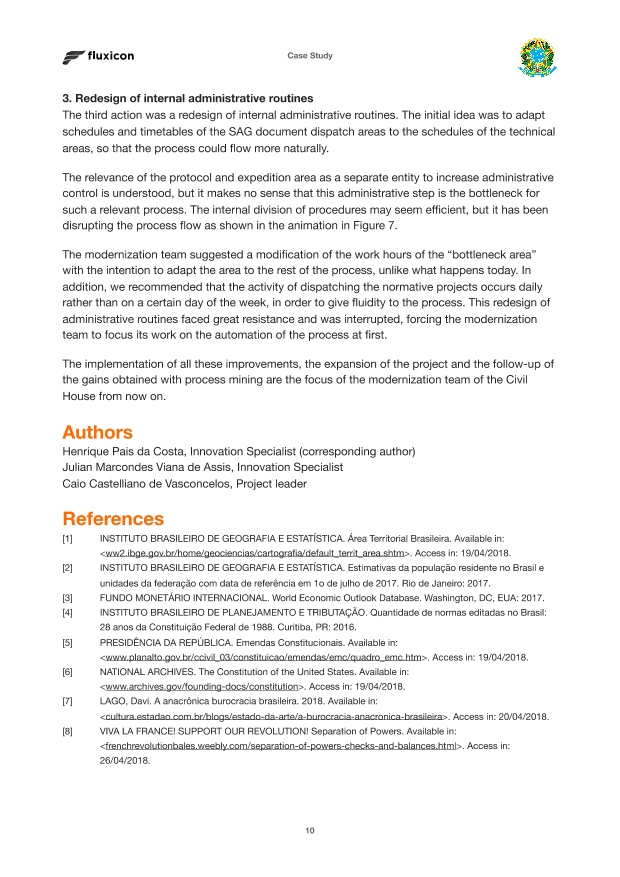 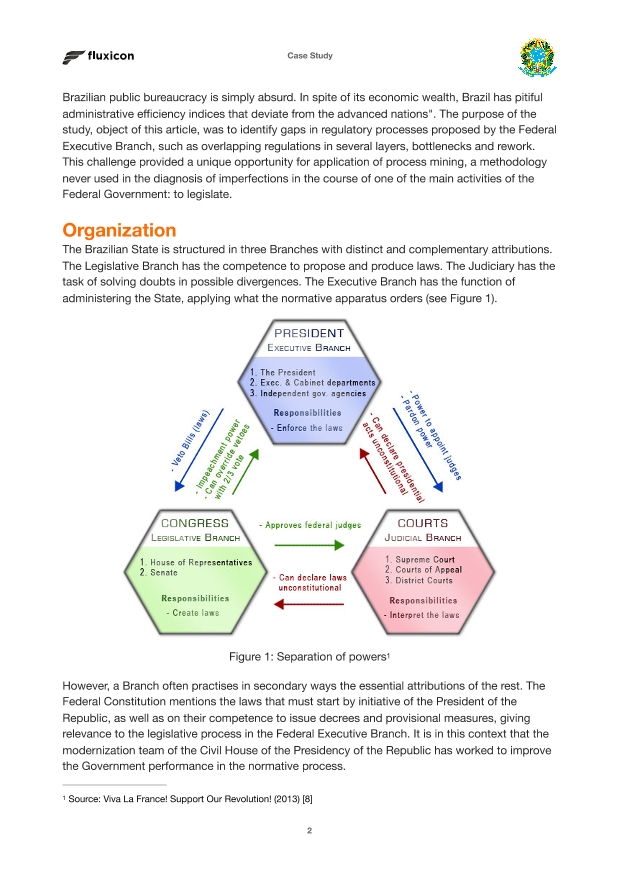 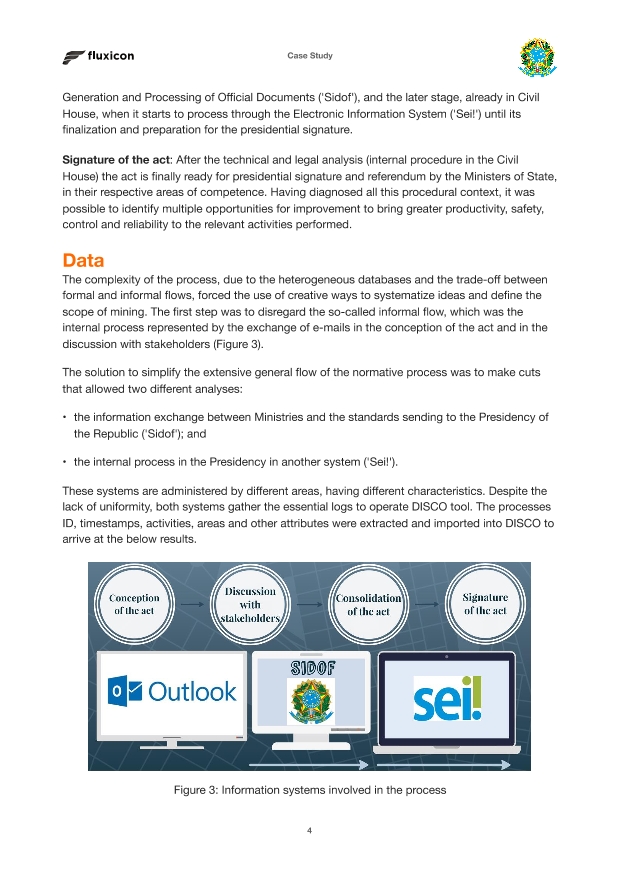 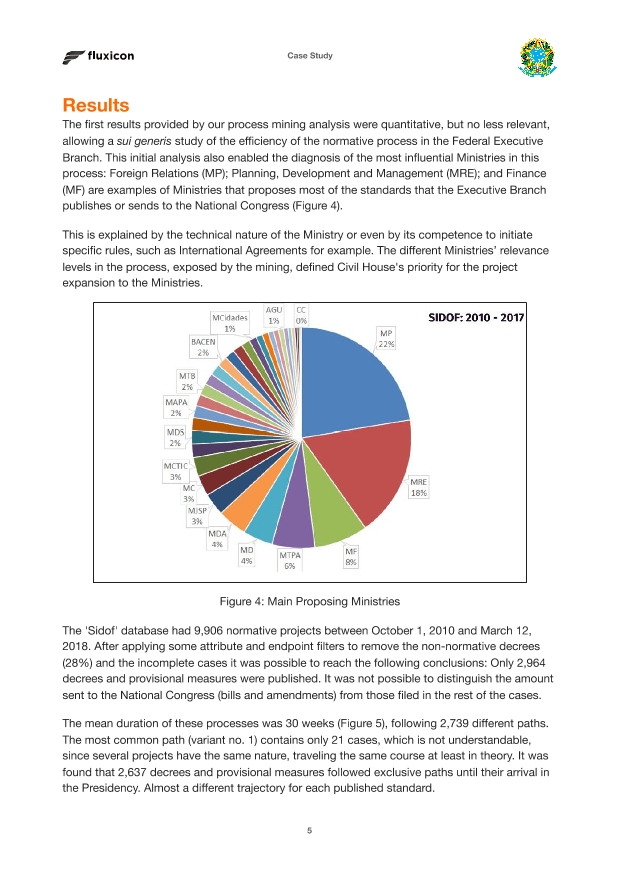 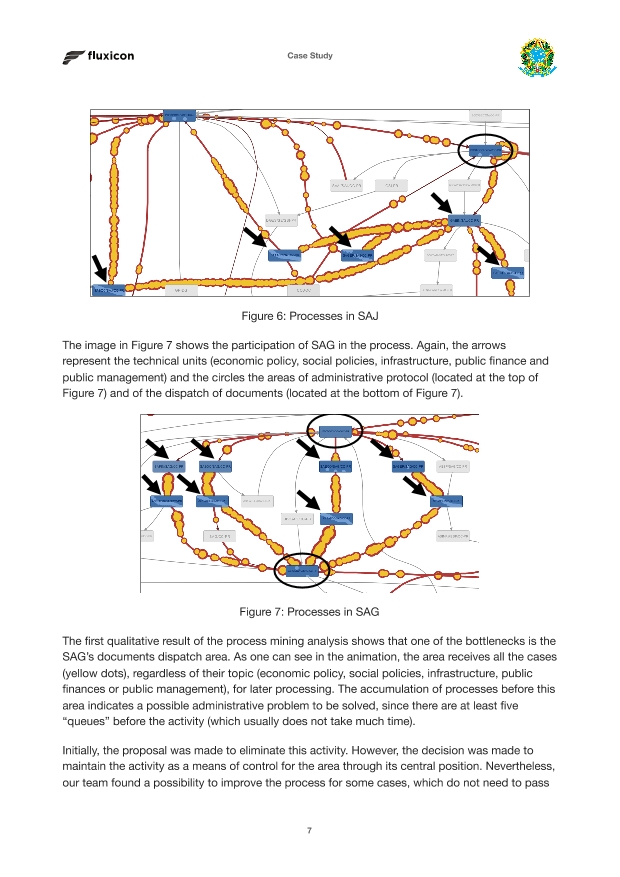 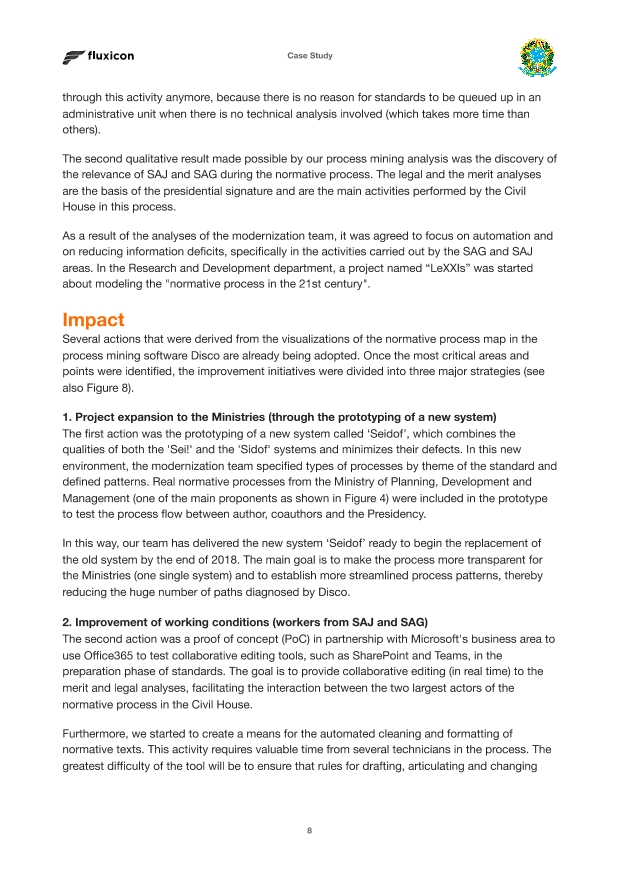 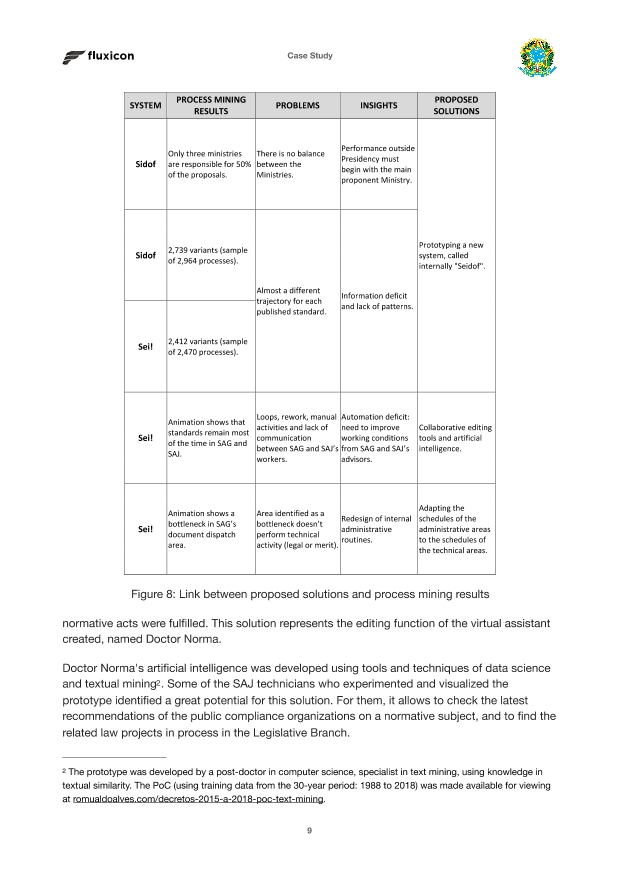