The city council of Granada was triggered to look at their dossier handling processes, because citizens had complained about delays. The administrative services group could identify time gaps where dossiers did not seem to advance, but they could not explain why these delays happened. Therefore, a process mining analysis was performed within the tax collection department of the Granada council. Because certain tasks were not registered in the IT system, the process mining analysis was combined with interviews of employees.

The results of this project changed the point of view of the managers in the department, who initially thought that the negligence of employees was the main cause of the delay. In reality, there were other factors such as a lack of staff rotation by incidents, and a lack of people with signing responsibilities whose rotation or absence was not covered, which influenced the delays. Due to this project, the organization has gained traceability and deadlines control, which results in benefits for citizens, public employees, and politicians. 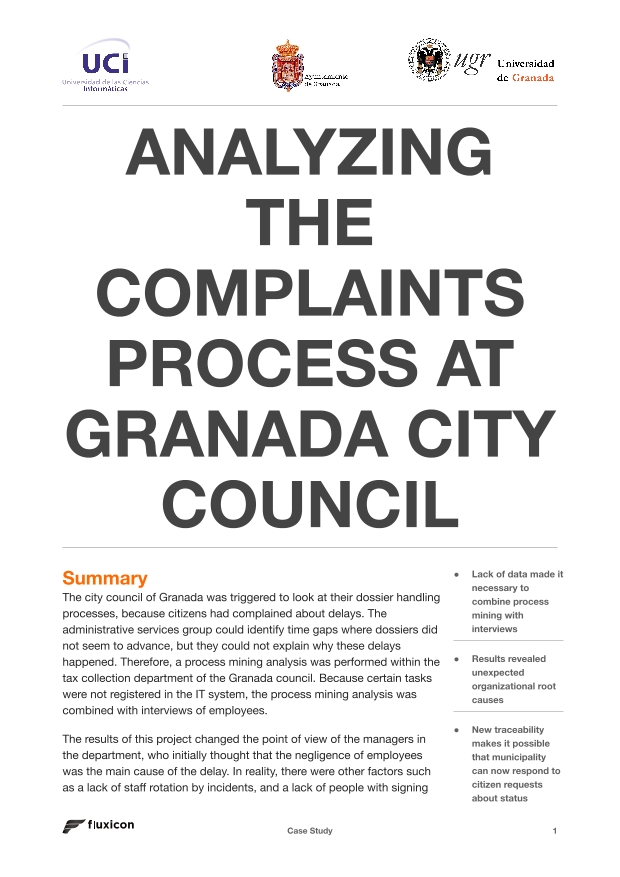 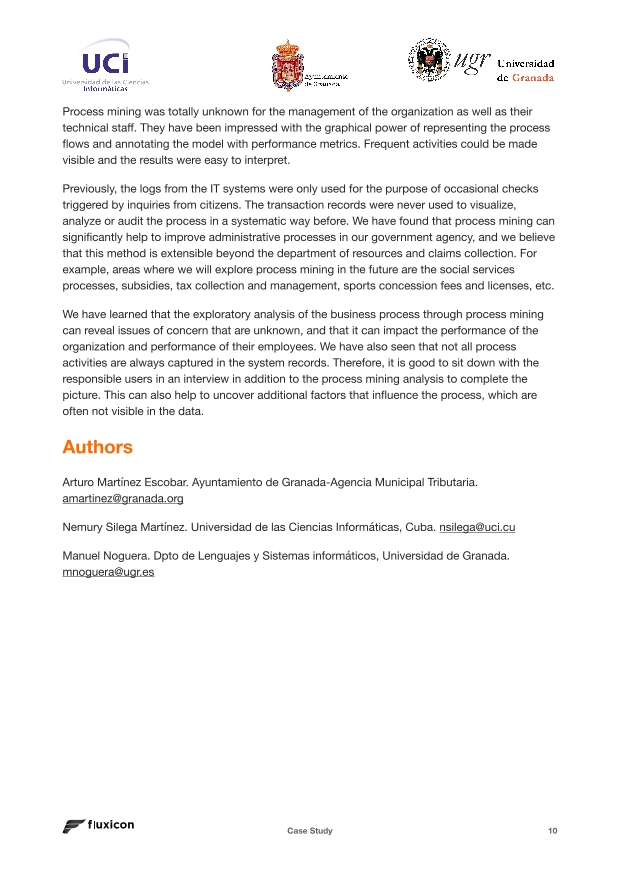 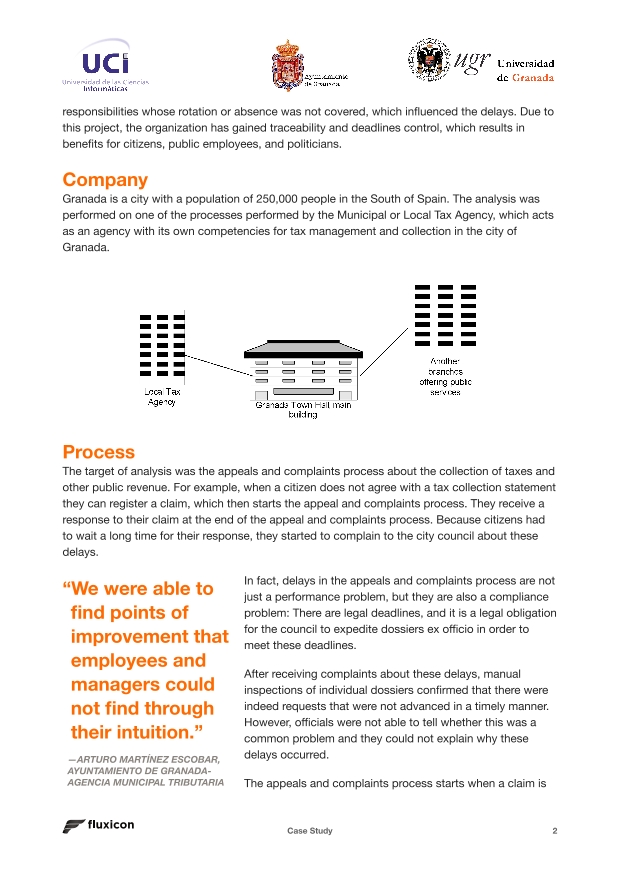 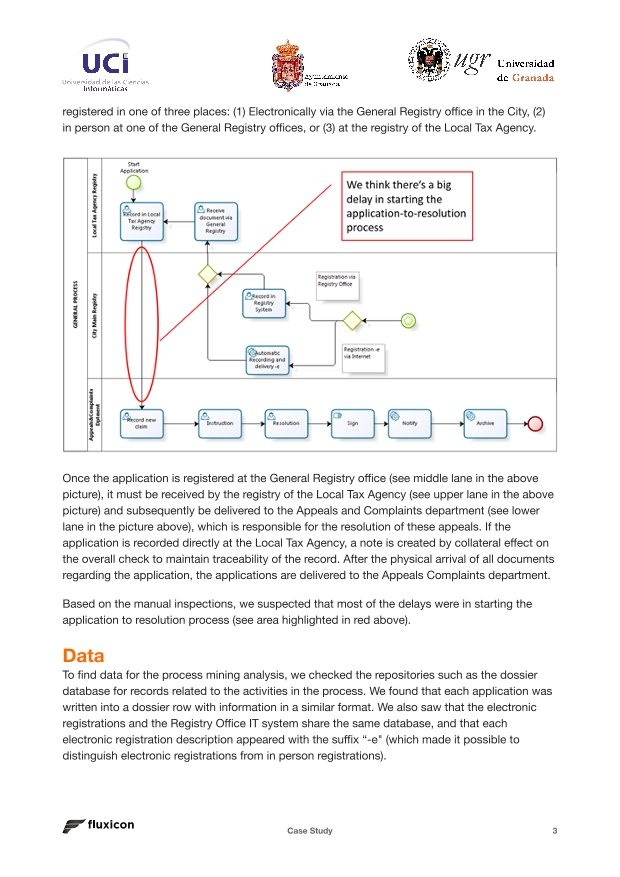 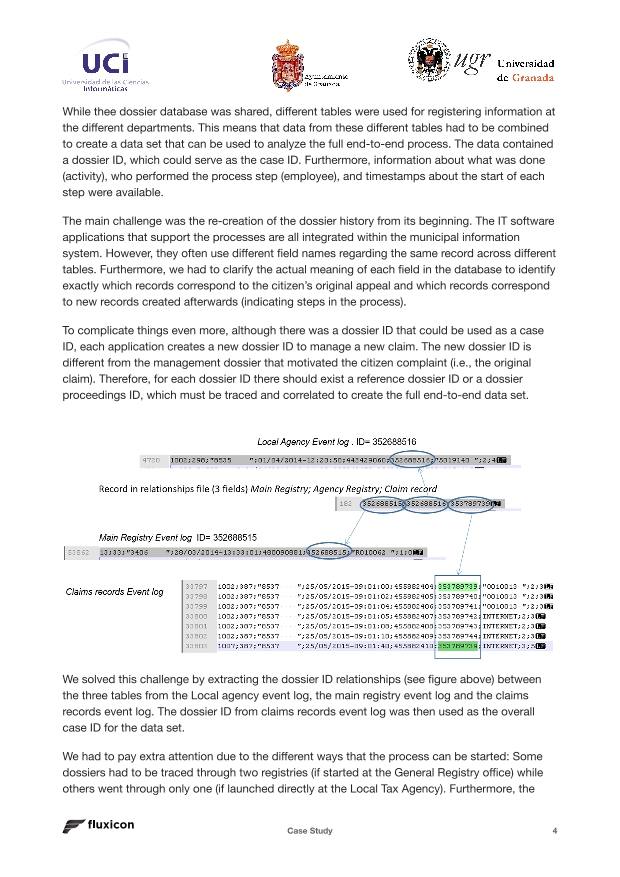 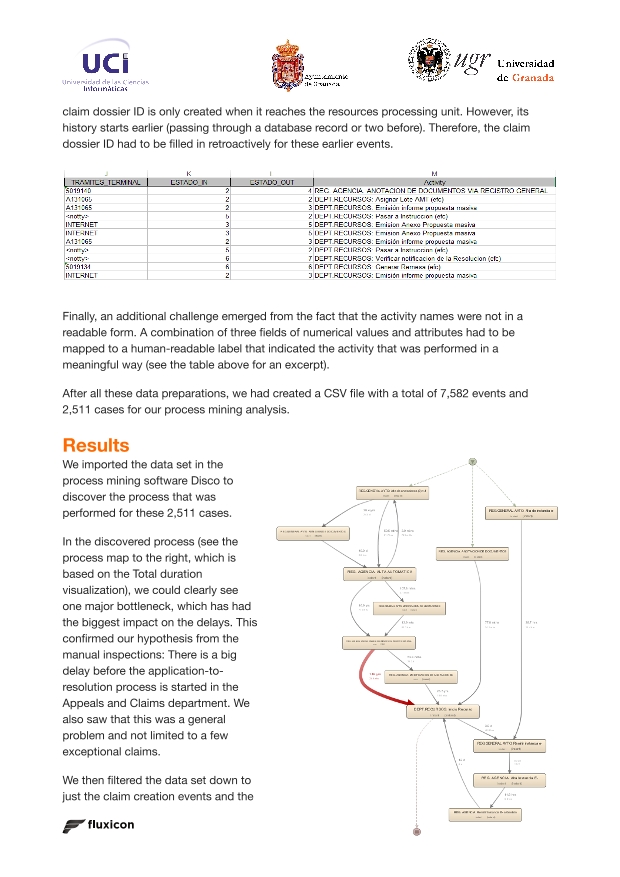 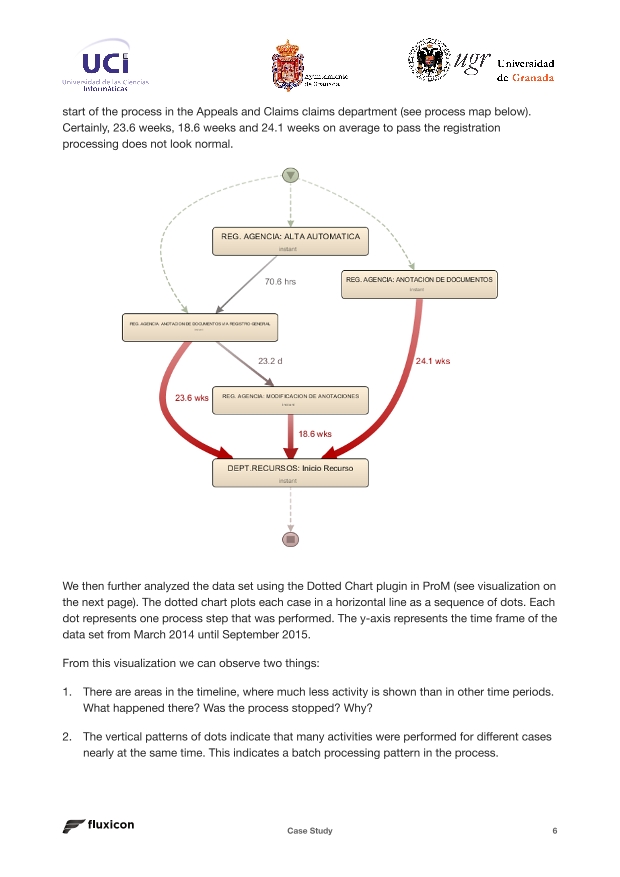 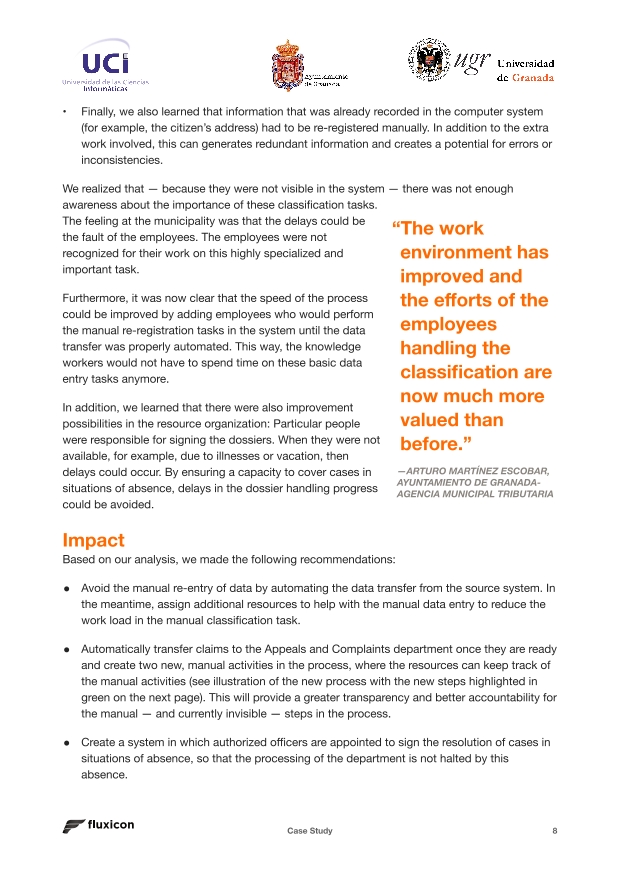 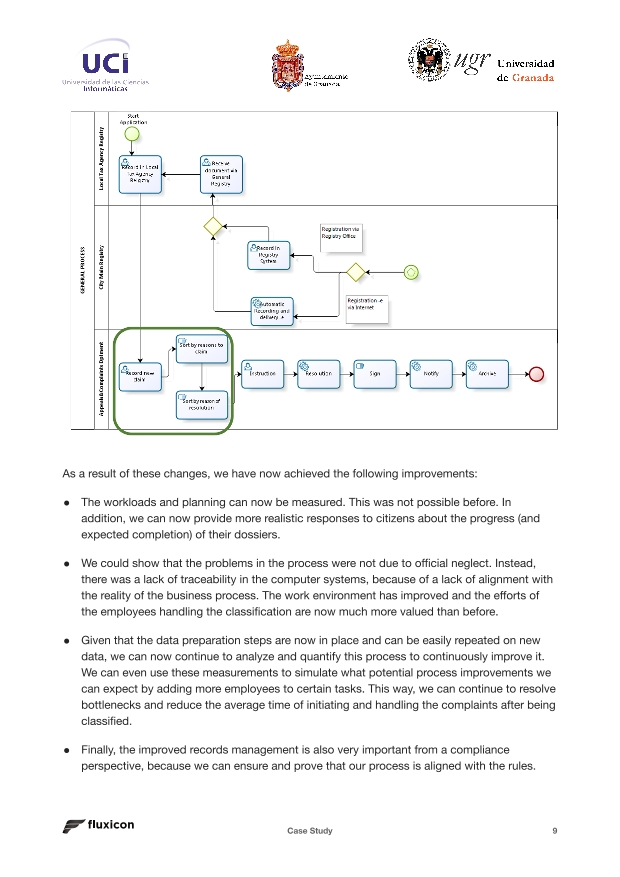